A demonstration of language creating

Outside of the code world, my main hobbies and majors are linguistics and phonetics. I was trained as a linguist and phonetician at René Descartes University of Paris V. The main specialty is constructed language creation.

I have created more than a dozen fantasy languages and words.

This project is an archive of some of my work in 2011.

Description of my theory of language creation

5 The translation of Babel text 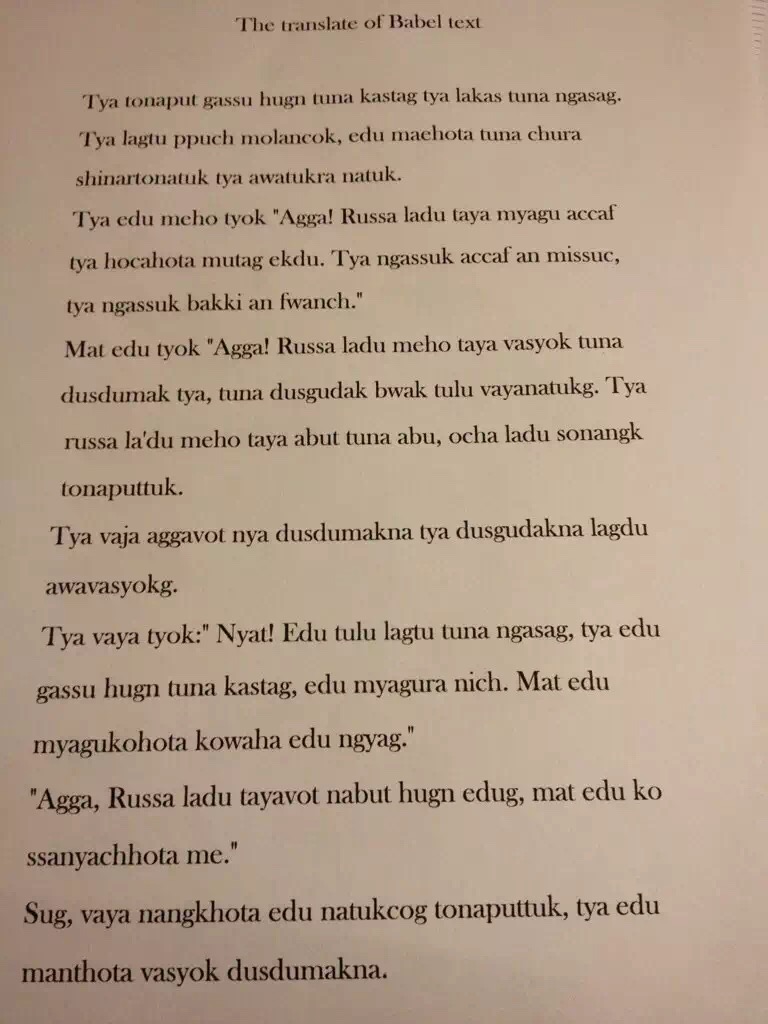 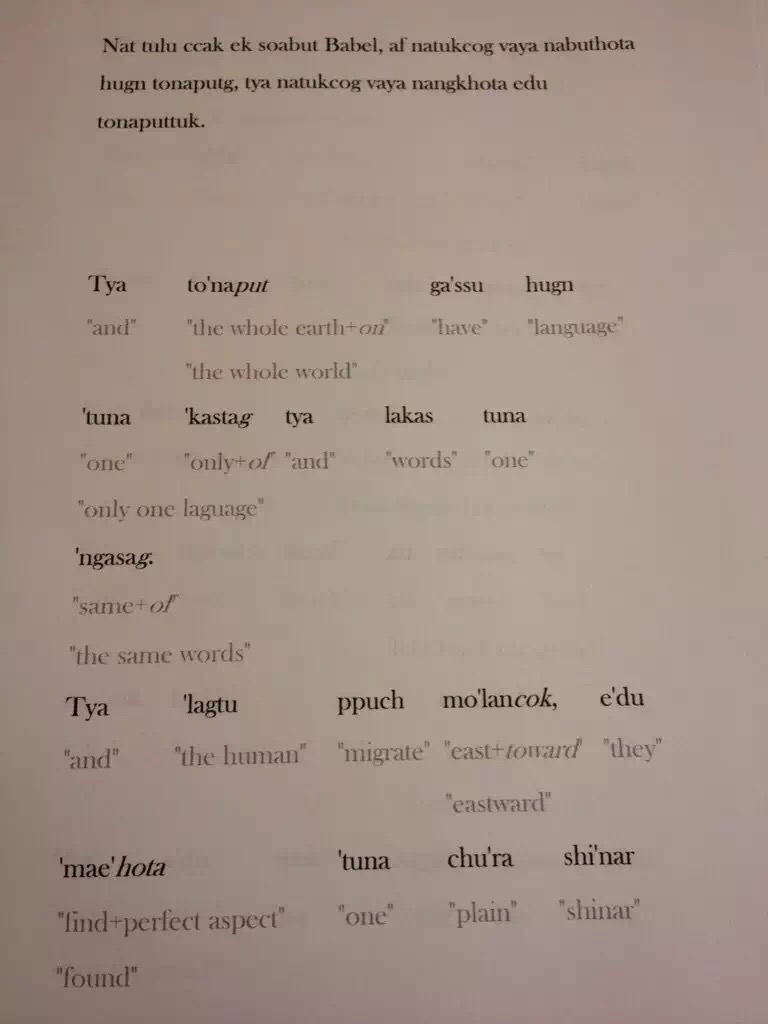 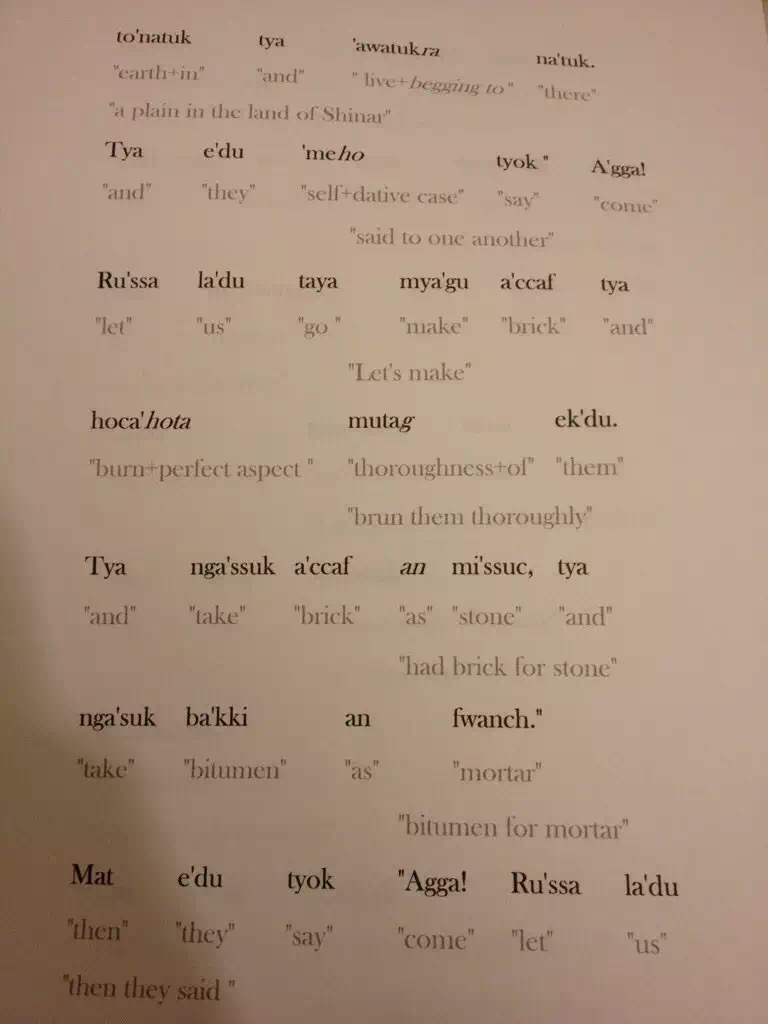